Interplanetary: Enhanced Edition is Out Now! 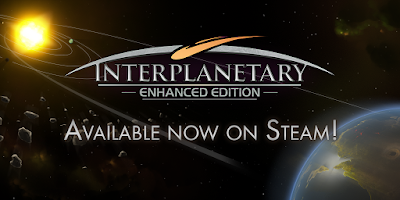 As we have announced earlier this summer, this is a massive update for Interplanetary. So massive, that, in fact, it is its own game. Essentially, this new version is a re-build of the entire game for the sake of making it more stable, as well as better sounding and looking. It’s still the same old Interplanetary deep down, but better.

As we are taking Interplanetary to the new level, we are also expanding the geography of our community. In this version we are introducing localization into German language. More languages coming soon!

The update also includes a bunch of new features, some of which had been much requested in the last couple of years, like Online AI Bots, Reconnect and new weapons. Find the full changelog in our dedicated Steam forum thread. 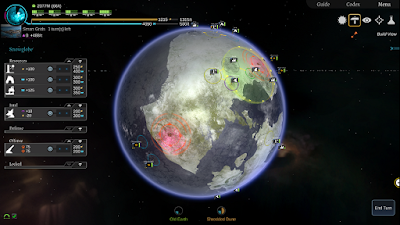 How To Get the Enhanced Edition

So, how do you get a hold of a copy? If you already own the original Interplanetary, then it’s all good. The Enhanced Edition should be waiting for you in your Steam library now. Find it and get to installing.

What Happens to the Original

The original Interplanetary will no longer be on sale as a separate package. However, for the time being, the store page and the community hub will remain open.

Though the Enhanced Edition is, in a way, completing Interplanetary, it is not absolutely final as is. Rebuilding a game from scratch hasn’t been smooth sailing, as expected. While we’ve bulldozed over most old bugs, completely new issues have periodically risen. As a matter of fact, we’re already hammering away at some upcoming fixes and we’re prepared to keep working at it for as long as we can. Please bear with us through the initial roughness.

For future patching, it’s essential that you give us feedback on your game experience. As usual, the community forum is the ideal place for that. The Enhanced Edition does have its own forum already, so join the new discussions and be excellent to each other!

Our very next feature update will see the light in just a few days and it will include localizations into several more languages: French, Spanish, Russian and Simplified Chinese.