Inside Interplanetary: How to Greenlight? 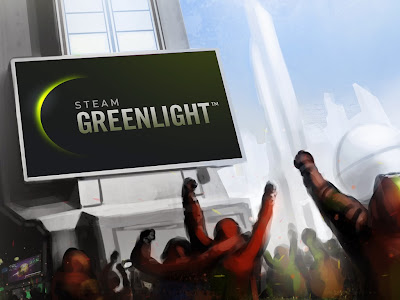 As you may have noticed, Interplanetary is now on Steam Greenlight! It's doing pretty well too: as of this writing, we have 7,375 "Yes"-votes. Our goal of 10,000 is getting ever closer!

Today I thought I might give a little runthrough of our Greenlight process, so any other hopefuls may benefit from it. So, let's get started with...

We unveiled our Greenlight page on December 2nd, but we've been building the page for a long time before that. The first thing we needed to do, was to pay Valve $100 to get access to the page. This payment mostly exists to stop trolls from sending in garbage. After we gained access, we needed a couple of things:

Mostly quite straightforward. Our artist whipped up a beautiful animated gif as an icon for the game. This icon shows up when people search for games on Greenlight, so it needs to be eye-catching. We ended up animating a planet under attack with the game's logo on top. It communicates the idea of the game pretty well and is flashy enough to get people interested.

The trickiest part was the video. We decided to produce a new trailer and a simple gameplay video to accompany it. The trailer is the first thing that plays when people open the Greenlight page, so it needs to be attention grabbing, interesting and explain the game fairly well. Our earlier trailer was very fast paced and full of information, but this time we decided to slow the pace down a little bit, so that a new viewer might have easier time digesting it. A slower pace also gives a more realistic image of the actual game.

The trailer tells a little story using gameplay footage. A couple of turns of gameplay, two planets warring with different strategies, "filmed" cinematically. Combined with fitting music, it seems to be a success; people seemingly get the idea right away.

We also wanted to make an in depth gameplay video for those who want more details. We simply filmed a match between team members and narrated it, explaining game mechanics and strategies. The video ended up being over 50 minutes long, but it was never meant to be watched all the way through, necessarily. Curious people may skip through the video to get a feel for the game. Some have been interested enough to actually watch the whole match.

We also wanted to actually give people something to play, so we released a version of Interplanetary alpha on our Greenlight page. No codes needed this time. This added a lot of value to the page, since people can immediately get their hands on the game and discuss its features and arrange online matches right there on the discussion page.

When all the content was collected for the page, we published it. We had heard that there would be an approval process afterwards, and it would take some time before the page would go public - wrong! It was up immediately! Now we had to hurry to get the word out and to handle the initial flow of people. Comments started dropping in, and luckily, they were all pretty positive! 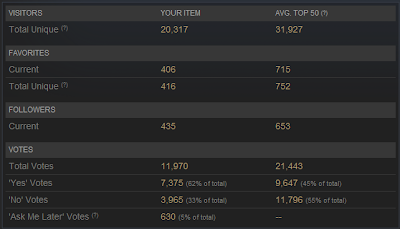 At this point, we got access to some very interesting statistics on the page. All the important stats were available: the amount of visitors, favorites, followers, votes. In addition to that, we could compare our process with the average stats of successful Greenlight projects. A very useful meter is a percentual value that shows how far are we from the top 100. At the moment, we've gone 90% of the way! We could also determine that approved games need about 10,000 votes. Unexpectedly, we're already quite close!

The mere existence of a Greenlight-page does draw a nice amount of visitors, but we wouldn't have been as successful if we hadn't had any kind of community around the game already. After the first week, Interplanetary has disappeared from the first page of Steam Greenlight. The flow of people will obviously slow down a little bit, but luckily we've managed to get some gaming press interested. Now we'll just concentrate on working on the game and spreading awareness. It's not over yet!

Big thanks to everyone who has voted for Interplanetary! If you have any questions about the details of the Greenlight process, ask away! We'd be happy to answer!

Check out our Greenlight-page here!
Posted by Team Jolly Roger at 4:52 AM No comments:

With a new trailer, Interplanetary has now been submitted to Steam Greenlight!

If you would like to see the game on Steam, go give us a vote! We would truly appreciate it.

On our Greenlight-page, there is an open link to a playable Greenlight alpha version. No codes necessary this time! This is kind of an evaluation version for people who want to give Interplanetary a try. Testers with alpha keys may still get updates to the alpha as they come, but the open version stays as it is.
Posted by Team Jolly Roger at 8:59 AM No comments: