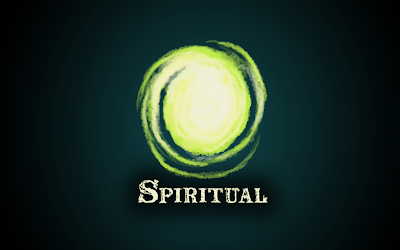 Spiritual can be downloaded directly here:
http://goo.gl/MNua2
Posted by Niklas Saari at 12:49 AM No comments:

Progress on Interplanetary has been a little slower than we hoped this week, mainly because part of out team wasted some days being ill. Shame on you!

However, we did get part of the core code structure done, and also made progress on the design front. We also had out graphic artist Jukka Kivijärvi working with us this week, so have some concept art. Full version available here: http://goo.gl/7r2pf

We are still working on Interplanetary and some other projects during this weekend, and next week we're hoping to really get going with Interplanetary programming.
Posted by Team Jolly Roger at 5:30 AM No comments: 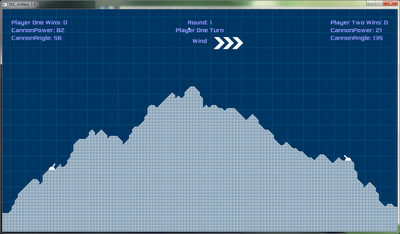 For some weird reason our first video featuring the artillery game we made with SDL for Advanced Networking classes during our second year in Kajaani UAS, SDL Artillery for short, is still the most popular video on our YouTube channel. By far.

So due to popular demand (one guy asked for it in the comments, thanks vkvanja), here's the game for all windows users to enjoy:
http://goo.gl/KN4AI

We still won't be realeasing the source, not because we're mean, but because we want to protect you from it. It's HORRENDOUS.

Also thanks to Antti for going through the trouble of making the game work in VS 2010 and Win 7 just so we could release this.
Posted by Niklas Saari at 1:48 AM No comments:

Help yourself to some media:

As promised we now have a little video illustrating the idea that will become Interplanetary in the coming weeks, check it out!

http://www.youtube.com/watch?v=STqvdu_MtqQ
(I will not embed it since it's more awesome on Tube.)

The demo seen in the video is also available now, grab it here:
http://goo.gl/KOPVG

It is just a fraction of what Interplanetary will be, but fun nevertheless! Music in the demo and video is composed by Jukka Kivijärvi.
Posted by Niklas Saari at 8:56 AM No comments:

Interplanetary, as we call the game at the moment, is the biggest and most ambitious project of Team Jolly Roger so far. We've had this idea of a strategic artillery game featuring interplanetary warfare for over an year now, and it has slowly taken shape. Now we finally have a change to make it reality, as it will form the base of final thesis for three of our team members. This means that for the next few months we finally have time and commitment for the project.

The game itself revolves around the theme of interplanetary warfare, as mentioned before. Players are based on different planets in a solar system, and the goal is no less than annihilate all enemies by any means necessary. This involves not only some skilfully aimed shots in the everchanging sea of gravitational fields, but also strategic perspective and careful planning in improving the Home Planet with various buildings, upgrades and projects. The game will be developed solely for PC using Microsoft XNA 4.0. If you just rolled your eyes, go google and find out how many succesful games have been made with XNA lately. :P

We aim to keep the people who are interested in out project well posted via this blog, Twitter and Facebook. We aim to provide new versions of the game every two weeks or so (pleace notice that we will probably need more than that for the initial version), and new info and material on a daily basis. We are also open for ideas and suggestions, so please let us know what you have in mind! :)

We will post a playable demo of the original concept and a short trailer soon, stay tuned!
Posted by Niklas Saari at 10:00 AM 1 comment: