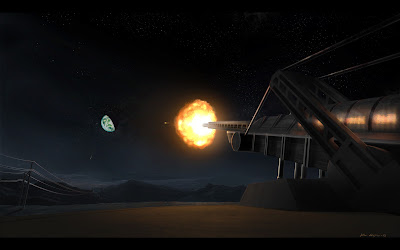 
While actual gameplay screenshots still have to wait a bit, we are proud to present some concept art. Stay tuned, there will be more to follow regularly now that we're back in business.
Posted by Team Jolly Roger at 10:33 PM